Metastable self-organized electronic states in quantum materials are of fundamental importance, displaying emergent dynamical properties that may be used in new generations of sensors and memory devices. Such states are typically formed through phase transitions under non-equilibrium conditions and the final state is reached through processes that span a large range of timescales. Conventionally, phase diagrams of materials are thought of as static, without temporal evolution. However, many functional properties of materials arise as a result of complex temporal changes in the material occurring on different timescales. Hitherto, such properties were not considered within the context of a temporally-evolving phase diagram, even though, under non-equilibrium conditions, different phases typically evolve on different timescales. Here, by using time-resolved optical techniques and femtosecond-pulse-excited scanning tunneling microscopy (STM), we track the evolution of the metastable states in a material that has been of wide recent interest, the quasi-two- dimensional dichalcogenide 1T-TaS2. We map out its temporal phase diagram using the photon density and temperature as control parameters on timescales ranging from 10−12 to 103 s. The introduction of a time-domain axis in the phase diagram enables us to follow the evolution of metastable emergent states created by different phase transition mechanisms on different timescales, thus enabling comparison with theoretical predictions of the phase diagram, and opening the way to understanding of the complex ordering processes in metastable materials. 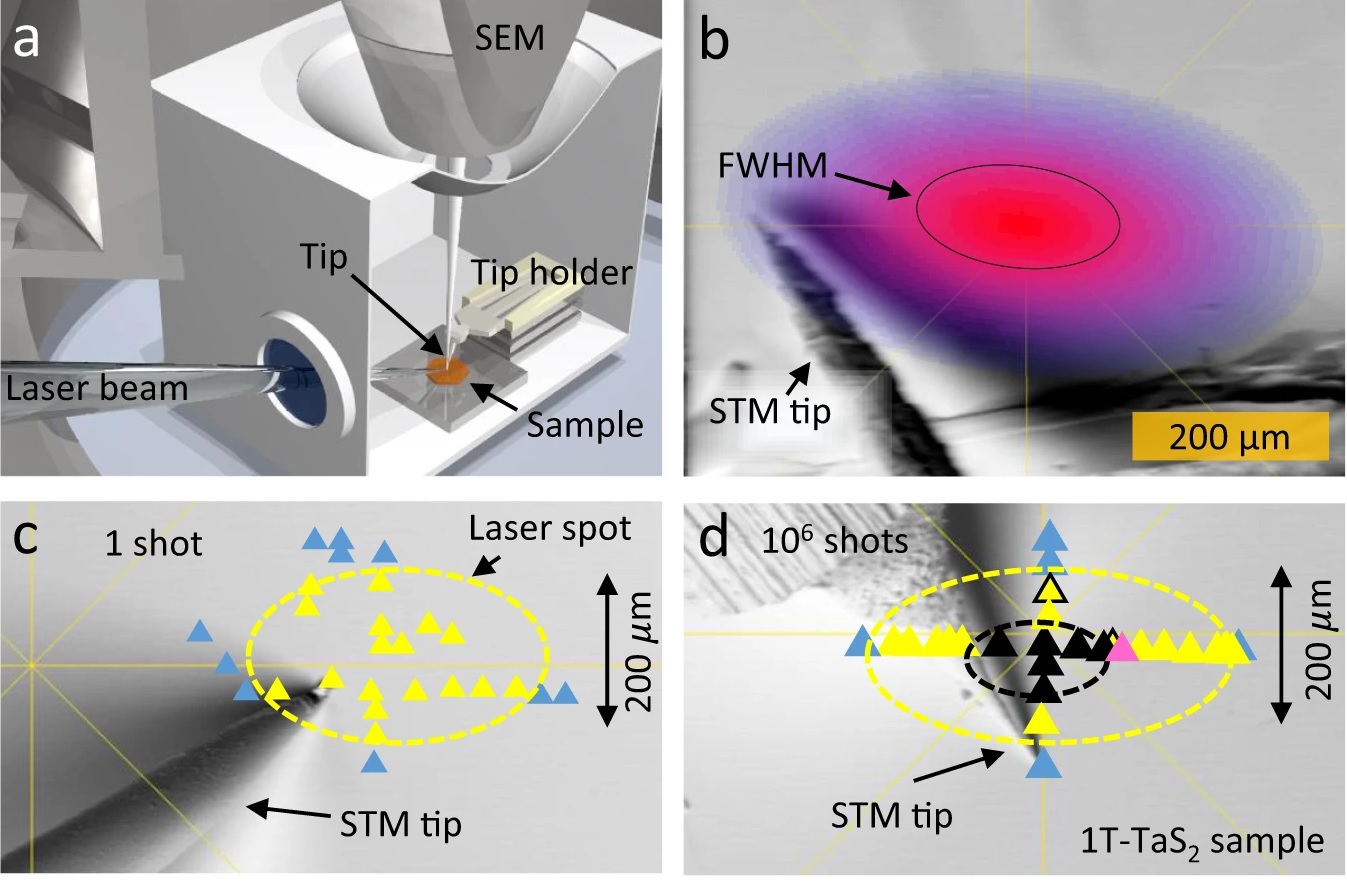 Image Description: Laser pulses incident on a sample can create very different transformations, ranging from altering the charge ordering to structural changes. Here a single pulse was used in combination with a LT Nanoprobe, and different areas of the laser spot were scanned (c,d) to determine the effect of different laser fluences. In combination with other techniques, a time-domain phase diagram was constructed for the material 1T-TaS2.

The use of laser pulses to induce phase changes in layered materials inside the UHV environment at low temperatures within the LT Nanoprobe offers many possibilities for studying new metastable phases of matter. 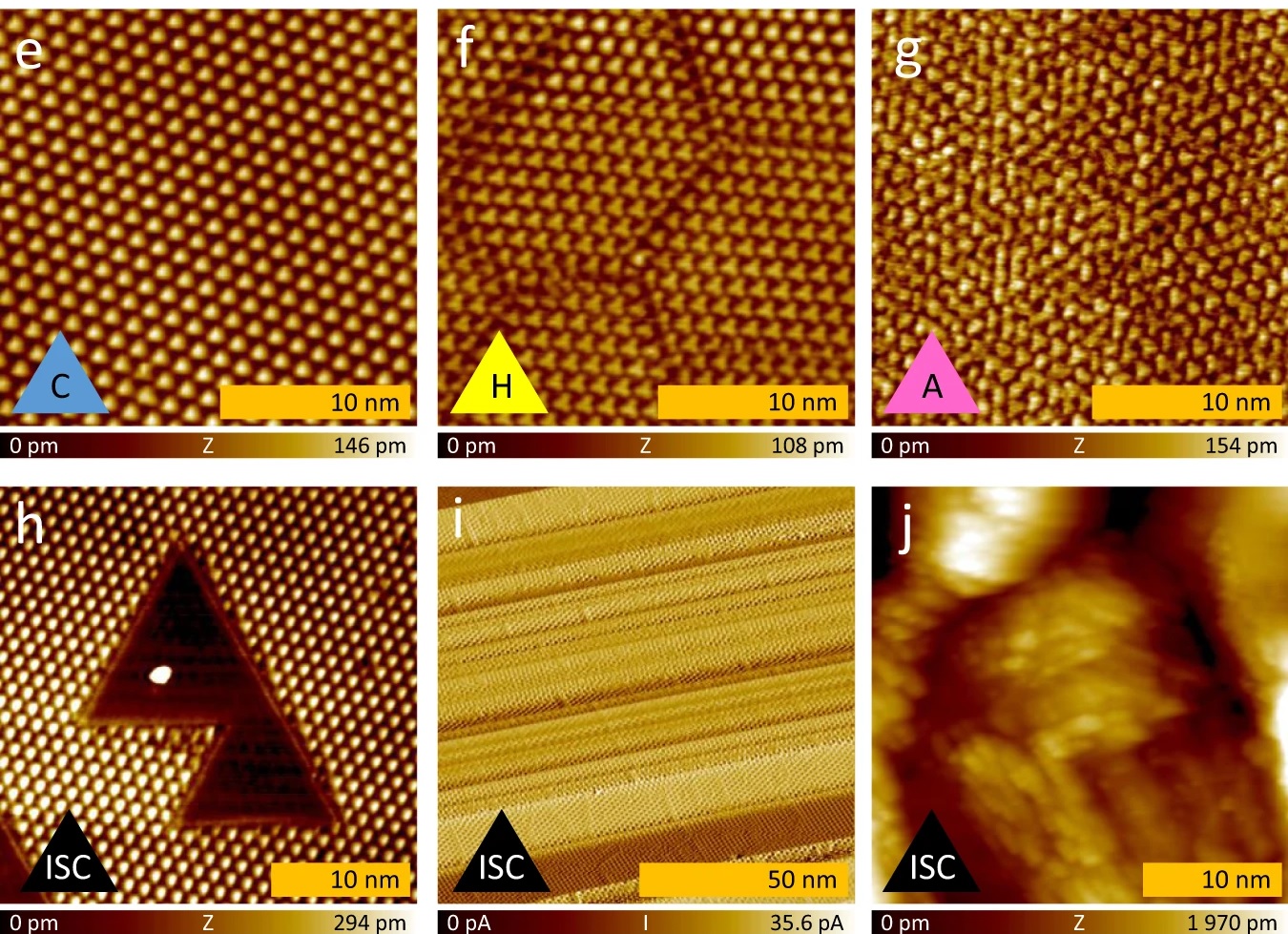 Faculty of Mathematics and Physics, University of Ljubljana, Ljubljana, Slovenia