We present a dry pick-and-flip assembly technique for angle-resolved photoemission spectroscopy (ARPES) of van der Waals heterostructures. By combining Elvacite2552C acrylic resin and 1-ethyl-3-methylimidazolium ionic liquid, we prepared polymers with glass transition temperatures (Tg) ranging from 37 to 100 ℃. The adhesion of the polymer to the 2D crystals was enhanced at Tg. By utilizing the difference in Tg, a 2D heterostructure can be transferred from a high-Tg polymer to a lower-Tg polymer, which enables flipping its surface upside down. This process is suitable for assembling heterostructures for ARPES, where the top capping layer should be monolayer graphene. The laser-based micro-focused ARPES measurements of 5-layer WTe2, 3-layer MoTe2, 2-layer WTe2/few-layer Cr2Ge2Te6, and twisted double bilayer WTe2 demonstrate that this process can be utilized as a versatile sample fabrication method for investigating the energy spectra of 2D heterostructures. 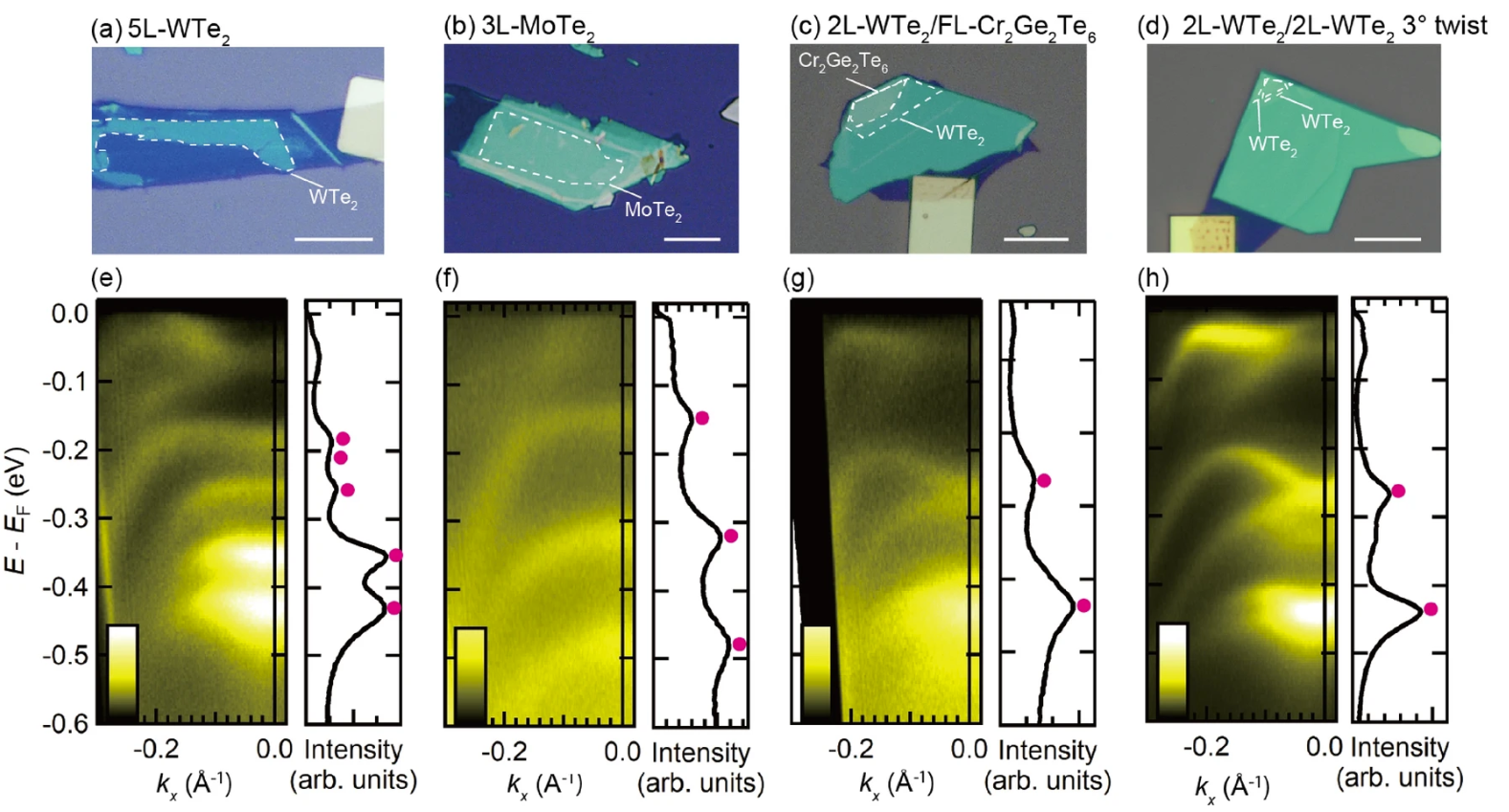 The laser-based µ-ARPES measurement was performed by using a combination of the hemispherical analyzer (DA30-L, Scienta Omicron) and a 6.42 eV laser, installed at the Department of Applied Physics, The University of Tokyo.