Secret Behind One of the World’s Toughest Materials

A team of scientists led by Nanyang Technological University (NTU Singapore) and Rice University in the US, has uncovered the key to the outstanding toughness of hexagonal boron nitride (h-BN). It can withstand ten times the amount of force that graphene can, which is known as one of the toughest materials on Earth.

A 2D material, h-BN has a thickness of just one atom. First used in cosmetics in the 1940s, it was soon abandoned due to its high price, making a resurgence in the late 1990s after technology made its production cheaper.

Today, it is used by nearly all leading producers of cosmetic products because of its ability to absorb excess facial sebum and disperse pigment evenly, and as a protective layer in two-dimensional (2D) electronics, as it insulates against electricity and withstands temperatures of up to 1000 °C.

The NTU and Rice scientists said their new understanding of the compound’s unique properties could pave the way to designing new flexible materials for electronics.

When scientists examined h-BN that had been exposed to stress, they saw that any breakages in the material branched like forks in a road, instead of travelling straight through the material (see the image below), and meaning that fractures in h-BN are less likely to grow when further stress is applied. 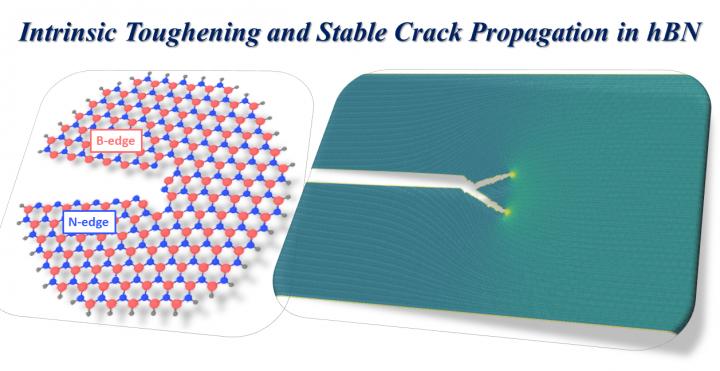 Image: A computational simulation at NTU showing how h-BN fractures. The material's intrinsic toughness arises from slight asymmetries in its atomic structure (left), which produce a permanent tendency for moving cracks to follow branched paths (right).

Elaborating on the significance of their findings, Professor Gao Huajian, a Distinguished University Professor in NTU’s School of Mechanical and Aerospace Engineering, who led the study, said: “Our experiments show that h-BN is the toughest nanomaterial measured to date. What makes this work so exciting is that it unveils an intrinsic toughening mechanism in this material – which should be brittle as it is only one atom thick. This is unexpected as there is often a trade-off between the strength and brittleness of nanomaterials.”

This latest research breakthrough is another of Prof Gao’s achievements in the field of applied mechanics. He was recently awarded the prestigious 2021 Timoshenko Medal by the American Society of Mechanical Engineers (ASME)[1] in recognition of his pioneering contributions to nanomechanics of engineering and biological systems, a new research field at the interface of solid mechanics, materials science and biophysics.

Professor Lou Jun, from Rice University’s Department of Materials Science and NanoEngineering, who also led the study, said: “In the real world, no material is free from defects, which is why understanding fracture toughness - or resistance to crack growth - is so important in engineering. It describes how much punishment a real-world material can withstand before failing.”

The research was published in the top scientific journal Nature on 2 June 2021.

Unveiling the secret behind h-BN’s toughness

After 1,000 hours of lab experiments and the use of computer simulations, the scientists traced the vastly different fracture toughness of graphene and h-BN to their chemical compositions. Like a honeycomb, both h-BN and graphene are arranged in interconnecting hexagons (see the image below). However, the hexagons in graphene consist solely of carbon atoms, while each hexagon structure in h-BN consists of three nitrogen and three boron atoms. 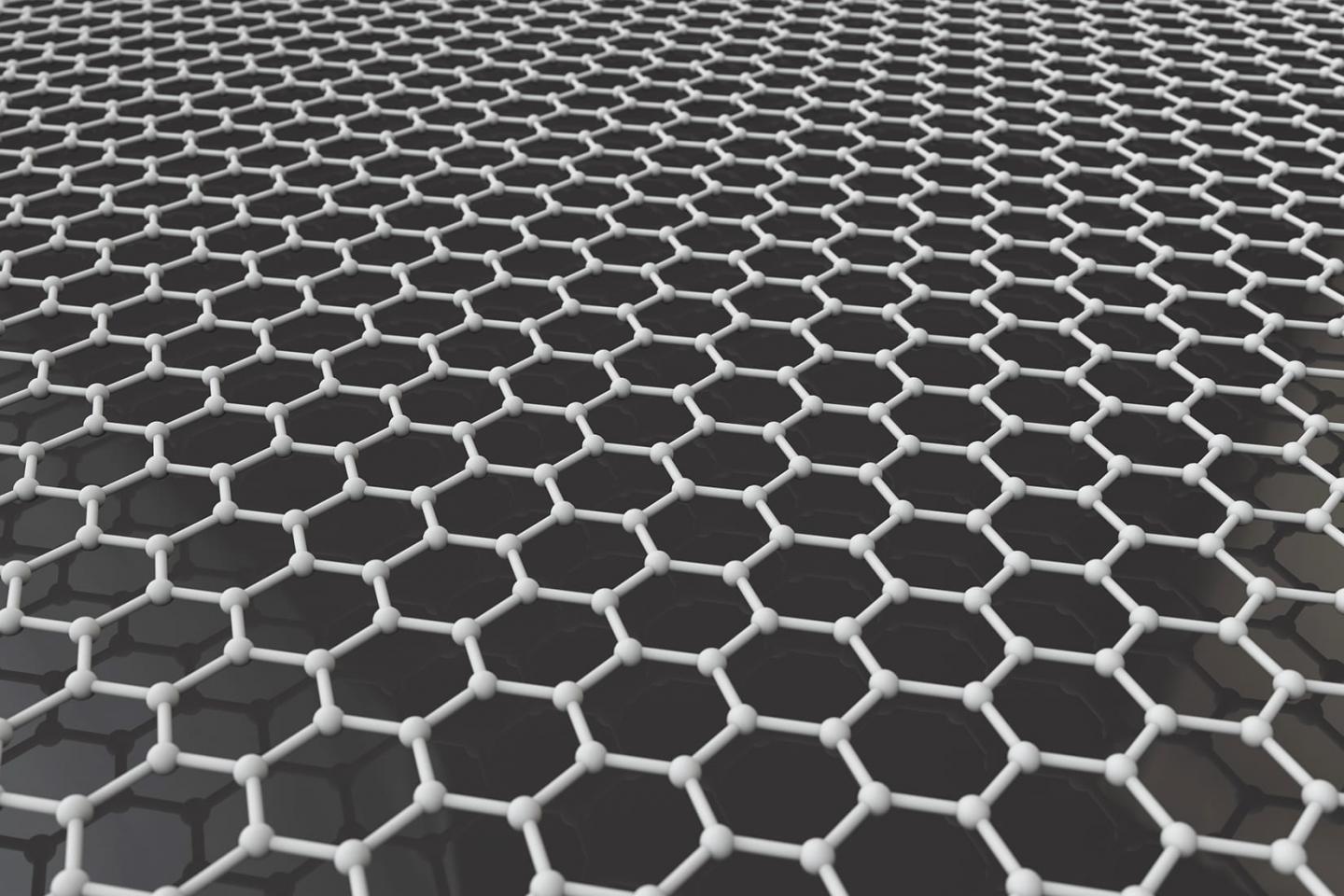 Image: In both graphene and hexagonal boron nitride (h-BN) atoms, atoms are arranged in a flat lattice of interconnecting hexagons. In graphene, all the atoms are carbon. In h-BN each hexagon contains three nitrogen and three boron atoms.

This difference in composition is what causes a moving crack in h-BN to branch off its path, and this tendency to branch or turn means it takes more energy for a crack to be driven further into it. By contrast, graphene breaks more easily, as fractures travel straight through the material like a zipper.

The researchers say that h-BN's surprising toughness could make it the ideal option for making tear-resistant flexible electronics, such as wearable medical devices and foldable smartphones. It could also be added to strengthen electronics made from two-dimensional (2D) materials, which tend to be brittle.

Besides its flexibility, h-BN’s heat resistance and chemical stability would allow it to serve as both a supporting base and an insulating layer between electronic components, setting it apart from other traditional materials used in electronics.

Elaborating on the future applications of their study, Prof Gao said: “Our findings also point to a new route to produce tough materials by adding structural asymmetry into their designs. This would reduce the likelihood of materials fracturing under extreme stress, which may cause the devices to fail and lead to catastrophic effects.”

The scientists are now using their findings to explore new methods to produce tougher materials for mechanical and electronic manufacturing.

[1] The Timoshenko Medal is the flagship award of ASME's Applied Mechanics Division, and is the highest applied mechanics honour the society bestows.